The Ginetta Junior Championship battle heated up at Snetterton Circuit this weekend (28/29 July) as championship leader Adam Smalley shared race victories with his closest rival Luke Browning. The rookie racers shone too, as Louis Foster and James Hedley both mounted some epic recovery drives to earn credit in Norfolk. 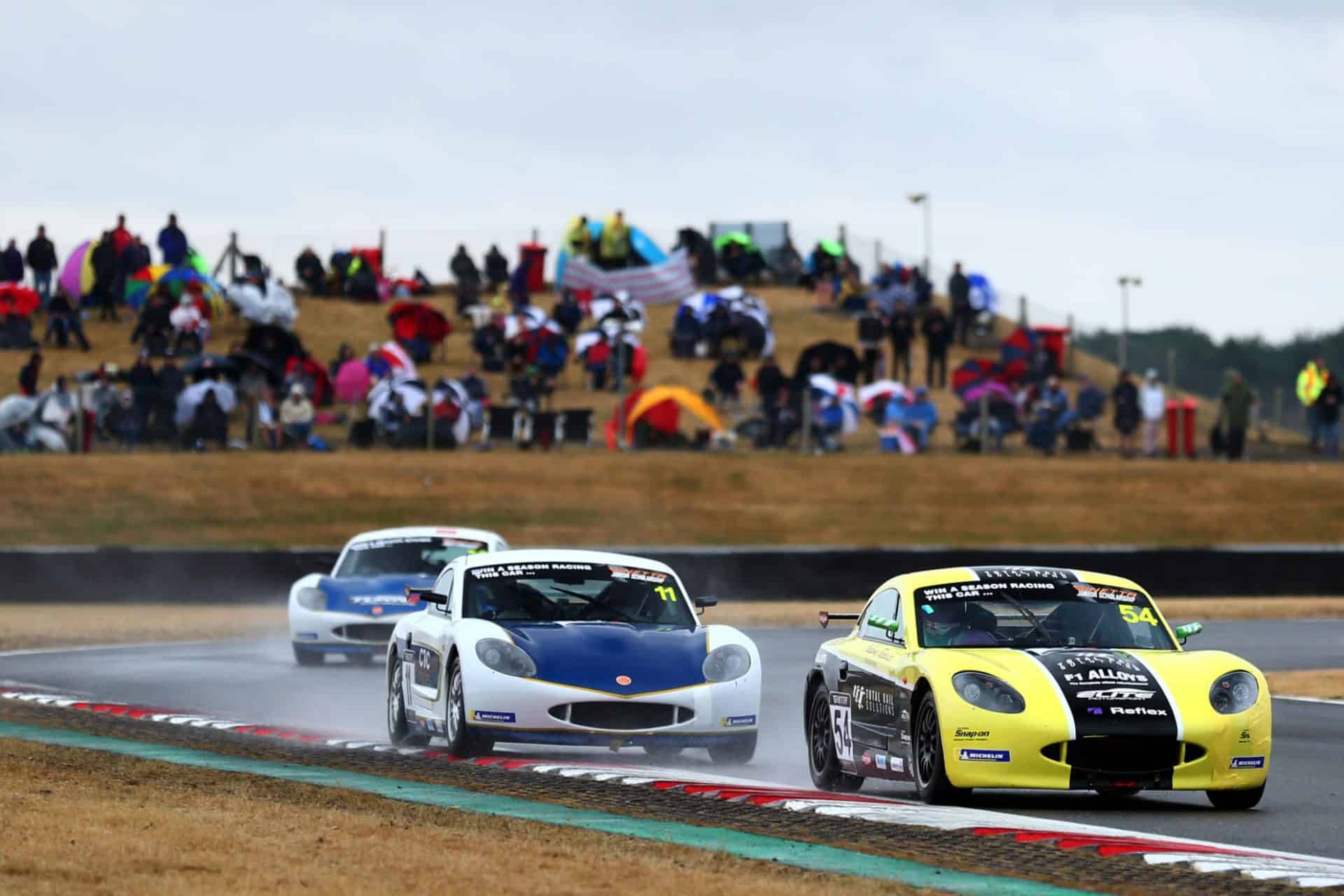 After a practice day with temperatures up to 34 degrees; an overnight storm and a short, sharp rain shower minutes before qualifying, the Ginetta Junior drivers faced precarious conditions for qualifying. The lap times improved as the clock counted down. Smalley looked like the early favourite as he traded times with Browning, but it was Louis Foster who claimed eventual pole position, crossing the line with a 2:45.128s lap.

In race one, it was a textbook start from Foster who led into Richies for the first time. Browning found a way past Smalley, whilst Fin Green and Matt Luff made steady progress. By lap three, there were two seven-car trains of G40 squabbling for position. At the front, Green pulled off a move to climb from fourth into the race lead, but it was short-lived as he ran wide a lap later and handed the position back to Foster.

Foster and Smalley broke away from the pack whilst Browning circulated in a lonely third place. Luck was on his side though, as a tap from Smalley sent Foster into a spin on lap six, allowing Browning to sweep into the lead, taking Patrick Kibble through with him. 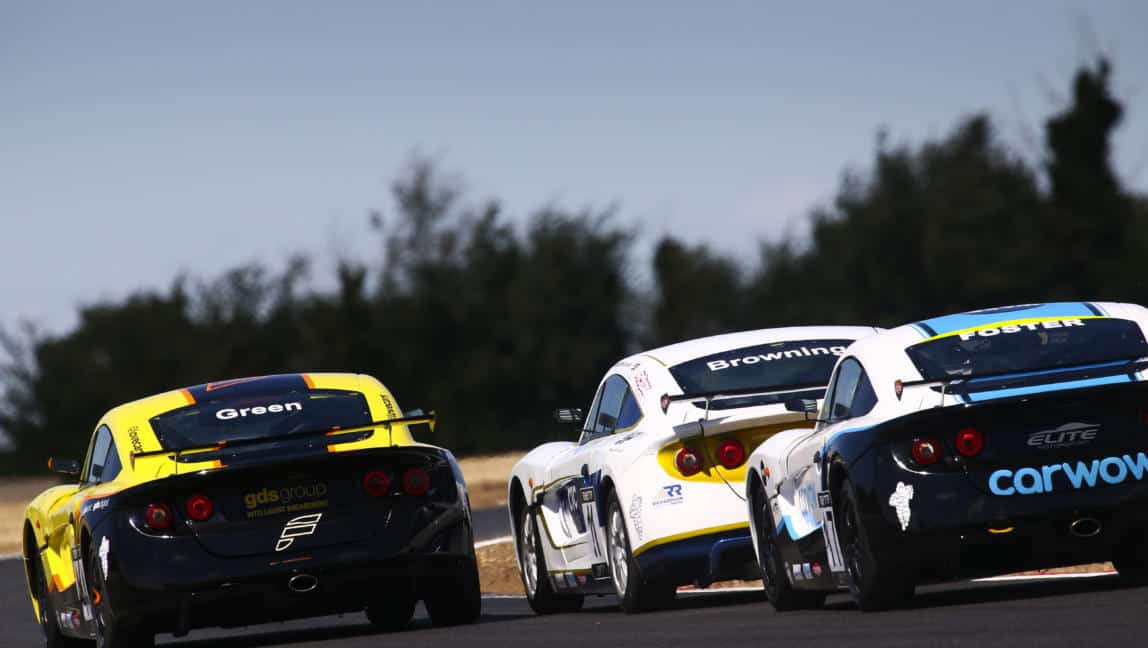 As the flag came out, Browning stormed to victory with a 2.5s advantage. Kibble hung onto second, claiming the rookie class win in the process. Smalley joined the duo on the podium but was handed a six second time penalty for the contact with Foster, dropping him to fourth. Jonny Wilkinson came home in fifth, with Foster winding up in sixth. Luff, Green, Johnson and Gustav Burton completed the top 10.

In race two, a perfect start for Del Sarte moved him into the race lead off the line, albeit for a short time as he dropped to fifth on lap two. This allowed Browning and Smalley to move into first and second place respectively. The championship rivals diced for position for a handful of laps, before championship leader Smalley settled into second where he remained to the flag.

Behind, Wilkinson continued to impress in third overall. He was hounded by Taylor, who crossed the line almost bumper-to-bumper as they started lap four, but dicing between the duo dropped Wilkinson to 18th and Taylor to fifth. Foster and Luff moved into third and fourth respectively and began a battle which would last to the flag. Foster hung on however, taking third overall and another rookie class win.

Taylor remained in fifth overall and took home second in the rookie class, but the man of the moment was undoubtedly Hedley. Having started from the pit lane, he scythed his way through the pack to cross the line in an impressive seventh overall and third in the rookie class. Johnson crossed the line in sixth, with Lorcan Hanafin, Tom Emson and Kibble rounding out the top 10. 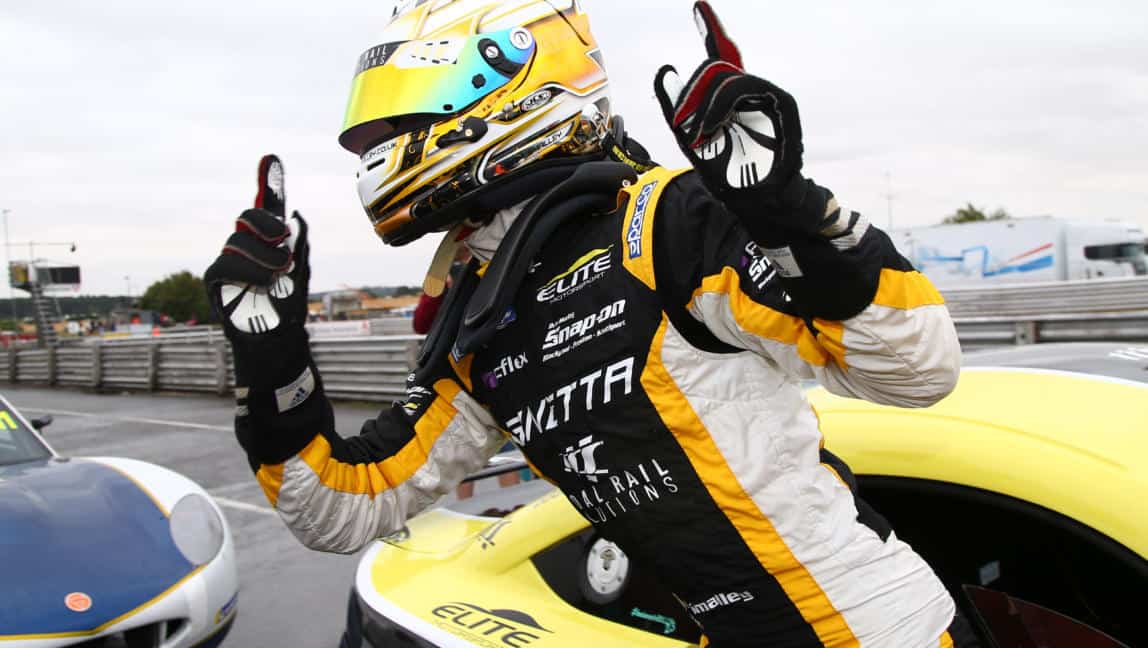 The final race of the weekend took place in tricky conditions as an overnight downpour continued into Sunday morning. As the lights went out, Smalley swept into the lead with Browning tucked in behind. The pair didn’t take long to make a break at the front of the pack and began a battle for the lead which would last the duration. In spite of a number of challenges from Browning, he couldn’t find a way past Smalley, and the pair finished in championship order, albeit an impressive 32 seconds ahead of the rest of the pack.

After being handed two separate five-place grid penalties in race two, Foster was forced to start in a lowly 13th place for race three. Undeterred, an incredible recovery drive saw him make quick progress up the order. The Elite Motorsport driver was up to fifth position by lap three.

Foster picked up more spots on lap four, passing Johnson, Hedley and later Taylor, the latter of whom  had inherited third place after Luff went over the grass. Despite his quick progress however, Foster would make up no further ground as the leaders were already 20 seconds down the road.

At the flag, it was a crucial points haul for winner Smalley, with Browning happy with his damage limitation in second. Foster was delighted with third place and another rookie class win, whilst he was joined on the podium by Ginetta Junior Scholarship winner Taylor – who finished an eventual fourth – and James Hedley, who crossed the line sixth overall. The top 10 was completed by Johnson, Del Sarte – who recovered to seventh from 19th on the grid – Luff, Green and Wilkinson.

With Smalley and Browning sharing the victories, there hasn’t been a huge change at the top of the table. Smalley still leads, but Browning has managed to take two points out of the advantage in Norfolk. The drivers now look forward to the next event at Rockingham on 11/12 August. 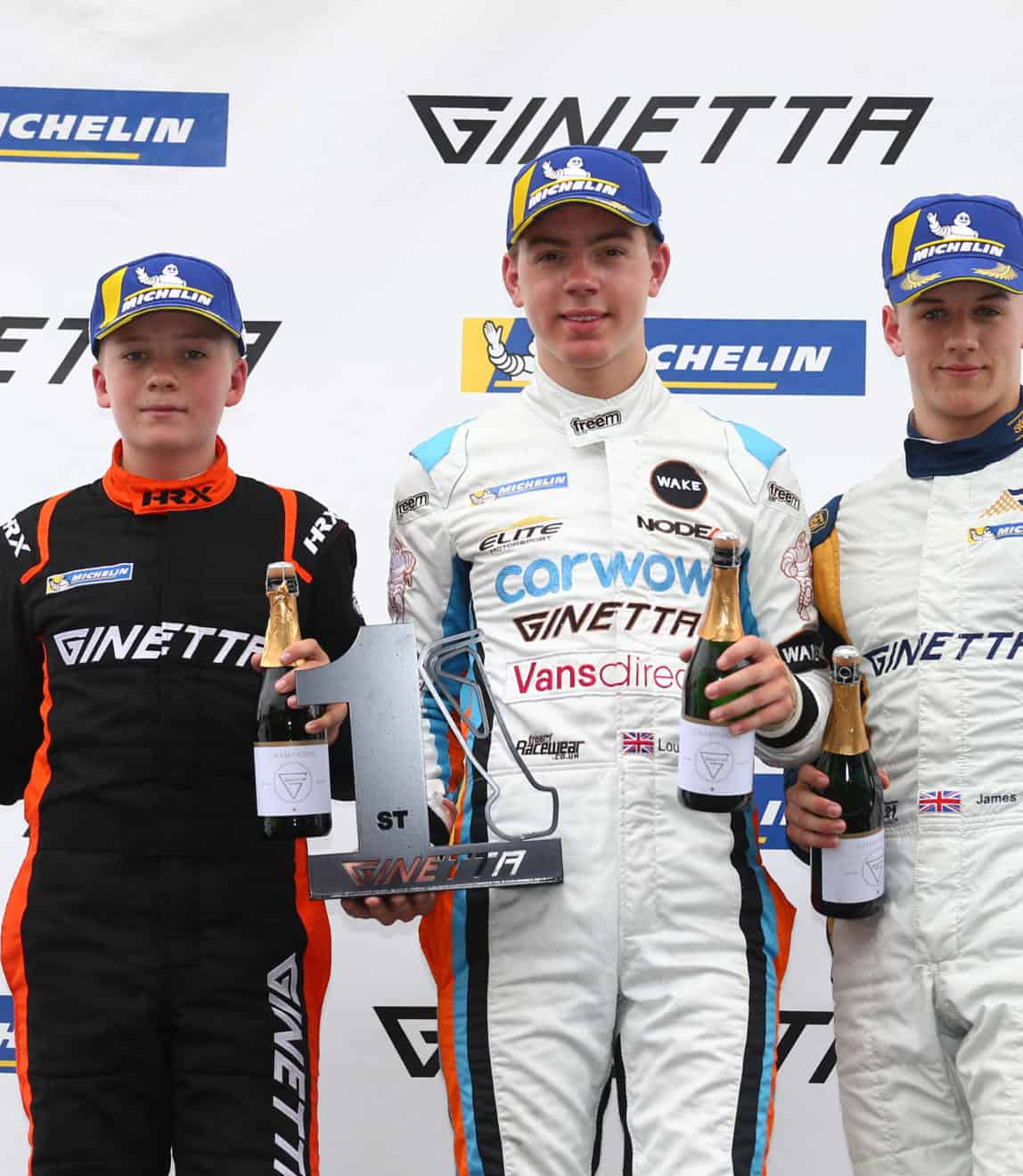 Check out the Quaife products below that feature in the Ginetta G40: 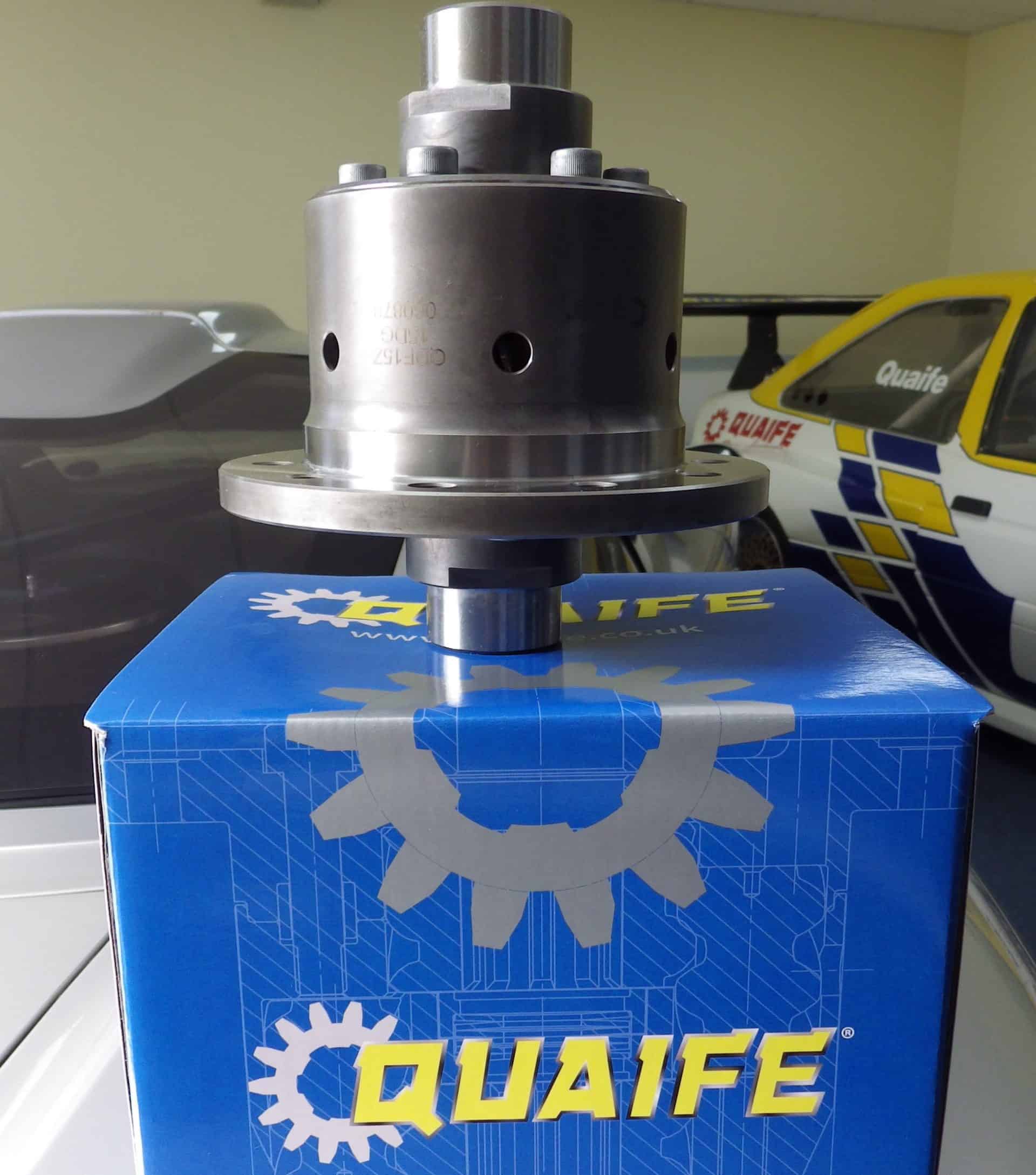 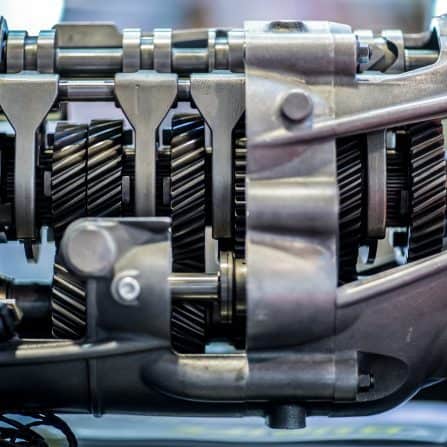 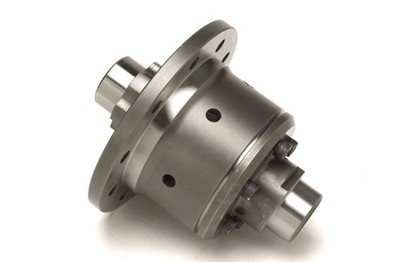 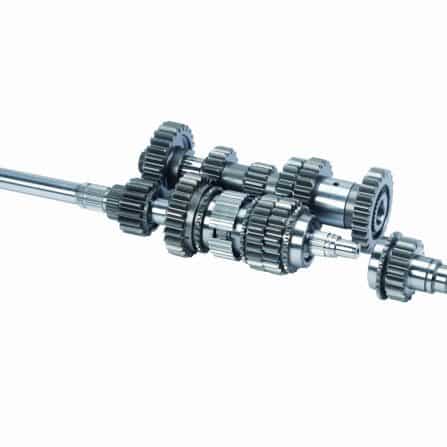 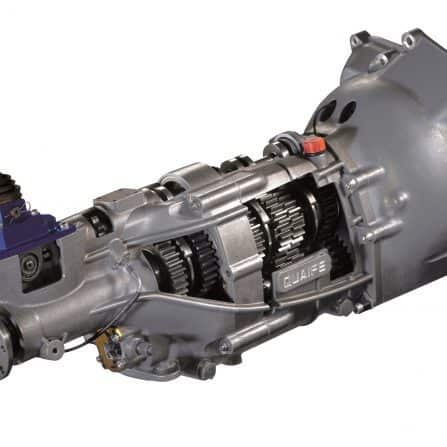 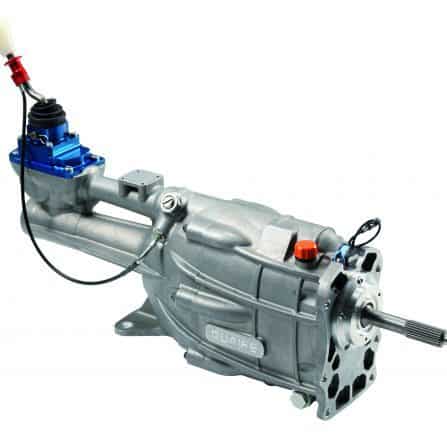 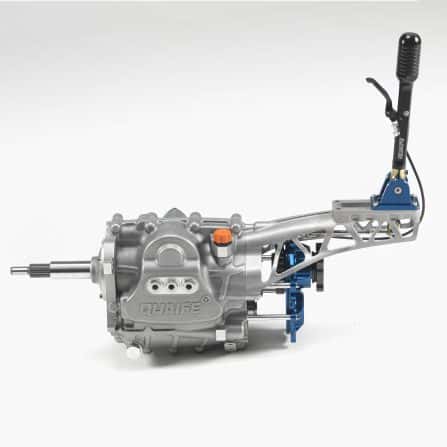 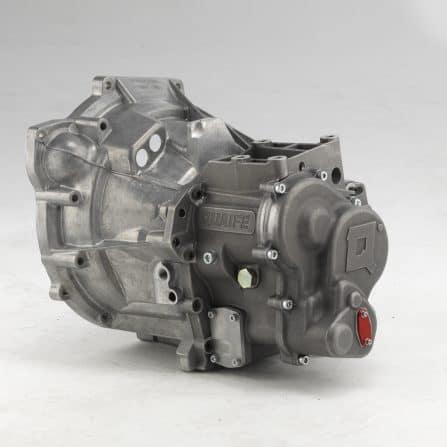 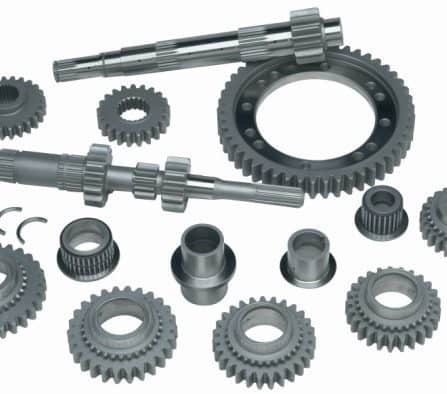 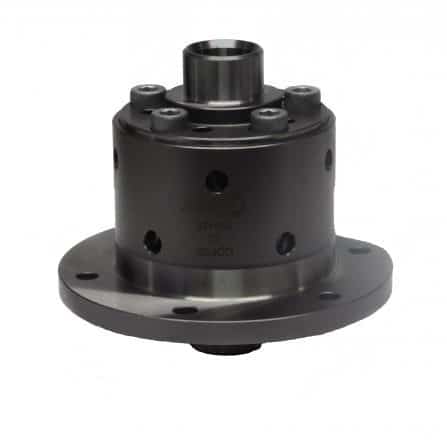 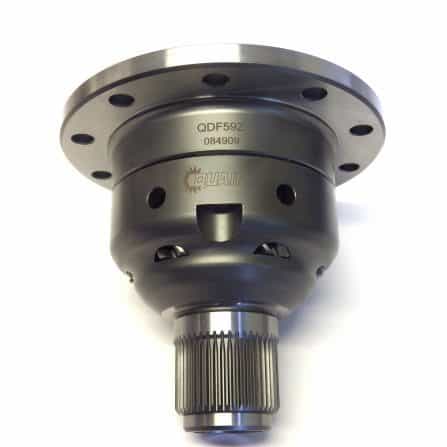 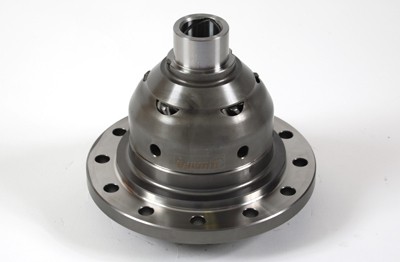 How does a Quaife ATB differential®️ affect the

Here at Quaife, we don't just deal with the racing

The Quaife ATB Differential®️ for a number of t

How many m8x45 bolts were used to hold our ATB dif

Whilst we are best known for our sequential gearbo

This error message is only visible to WordPress admins


Error: API requests are being delayed for this account. New posts will not be retrieved.